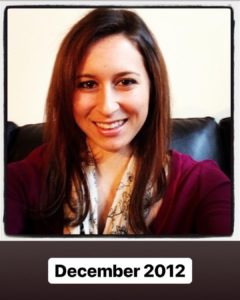 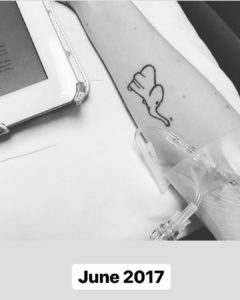 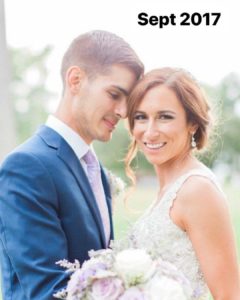 So where does my Autoimmune Story begin?

I have been exposed to IBD since I was a toddler. My mother was diagnosed with Crohn’s in her 20’s. I have been surrounded by it most of my life but didn’t have any understanding of it until later on in my life when I started my journey back in December 2010.

I was on my way back from National Christian College championships with my college soccer team and I contracted the norovirus. It had gone through some of the men’s team and we were traveling with them, so not surprised I got it. But it never went away. Everyone was getting better within 24-48 hours and I was still running to the bathroom, weeks later. On St. Patrick’s Day 2011, I couldn’t take it anymore. I ran out of ideas of what it could be, not hemorrhoids, not a hernia, no ulcer, not the flu. I was writhing in pain, still running to the bathroom, blood every time I went so my boyfriend (now husband) took me to the hospital.  They tried to shoo me off but once I got into a room to be evaluated they asked my medical history, family history, you know…the normal questions. I had mentioned that my mother had Crohn’s Disease and it was like the lightbulb turned on in the doctor’s head. They mentioned a gastroenterologist should see me and have some testing done because it could be Inflammatory Bowel Disease. After many phone calls I was seeing a GI doctor and was getting a colonoscopy.

That day came in April 2011 and when I woke up from the procedure I was told I had Ulcerative Colitis in my entire colon and was given a slew of medications to begin taking (prednisone and asacol to begin with). What is crazy is I wasn’t even upset about being diagnosed, especially since my mother had been living with IBD for many, many years.  I just said “oh okay” to the doctor like my world wasn’t going to completely change that day and like everything was going to go back to normal finally. I didn’t know that I was in for a rude awakening.

The next couple months were going okay. I finished my junior year of college, had my 21st birthday, played summer soccer and was doing great in preparation for my senior year. I got to school and everything seemed to start going downhill. I broke my elbow during the first game of the season, started getting random illnesses and started running to the bathroom 30+ times a day. I tried running track, which was a disaster. The prior 2 years I had won the hurdles in the National Christian College championships but I could barely move. The amount of times I was calling the doctor and going to the hospital were endless. I was told I couldn’t workout anymore, which was essentially my life. I started an extremely high dose of prednisone and began taking 6mp in addition to my asacol, which just wasn’t doing the trick. Luckily I went to a smaller college so they worked around me not being able to go to class because I just couldn’t muster the energy or while I was staying in the hospital. I got so bad that I had contracted the coxsackievirus (hand foot and mouth disease), which landed me in the hospital for quite some time after being told it was only oral thrush for weeks. I started doing tons of research and following forums and social media groups for people with IBD to have an outlet where people understood what was happening to me. During one hospital stay, I found out I got into graduate school, one of the only highlights of my senior year!

Once I got out of the hospital, things weren’t improving. I started feeling the effects of the high dose of prednisone in full force. I got absolutely no sleep, was angry, hungry, mad, had severe joint pain, eye problems, lost an insane amount of hair and weight all in addition to still running to the bathroom 30 times a day with blood and had to have numerous blood draws and scopes. I couldn’t wait to go home and see a new set of doctors to figure things out. Come to find out, I contracted C.Diff during one of my many stays that I couldn’t kick either. Luckily, I was surrounded by amazing friends to help me get through each day, especially the downs, which were frequent. Once I graduated, with a full moon face, I moved home and got things a little under control again.

My boyfriend and I moved to CT where I began grad school. Things were doing better but I still wasn’t getting back to the “normal” I wanted to feel. I started to taper off my prednisone (finally), tried some new meds (that didn’t work), and was just living day by day. Nothing drastic occurred for me in terms of sickness during graduate school, however, I began to feel uncomfortable in my own skin. I still had memories of how things were a few years prior. I was experiencing more of the side effects, like getting rosacea, numerous rashes, bruising for no reason, the silly things that I didn’t care to worry about because I wasn’t in the bathroom constantly. I still hadn’t grown all my hair back and was starting to make baby steps in terms of working out. My highlight that year was getting hair extensions for Christmas so that I could fill in some spots that the prednisone and 6mp had completely destroyed.

I graduated in 2014 for school and landed my dream job as a forensic scientist. I was slowly improving but not where I wanted to be. I had other small issues because of IBD including hormone issues, menstrual cycle issues, skin cancer, and just flat out getting randomly sick all the time. One thing I am thankful for is that this condition has never stopped me from reaching my goals, it may have slowed me down, but I have never had to back away from something because of this. Fast forward to 2016, my boyfriend and I got engaged (woo!) and in spring 2016, I got a new doctor. He wasn’t convinced by my diagnosis and wanted to take a look for himself. I had yet another colonoscopy done and when I went to my follow up he said, “You don’t have UC, you have Crohn’s disease in your terminal ileum and throughout your entire colon”. I was in complete shock. He told me how some of the medications I had been taking weren’t releasing where they needed to be because they were meant for UC so essentially I was wasting money for years. I had never been fully healing because I was treating the wrong condition. I was completely mindblown. He started me on Humira and wanted to taper me off the 6mp because I had been on it for so many years and didn’t want to have adverse effects. I was on that for about a year and decided to do a complete change in my diet and lifestyle. I started developing antibodies to the Humira and was encouraged to switch to Stelara, which I have been on since summer 2017.

My husband and I got married in the fall of 2017 and have switched to a fully plant based diet. Since my diagnosis change, I have gotten so close to the “normal” I have been searching for but have taken the time to realize that I have a new normal, which is completely acceptable and fine. This is the best I‘ve felt in years, so why not be proud. I have the most supportive husband, family and friends that I know that even if I have more lows, I have people that will be there. This past year I took time to reflect on how I express myself with my illness. I realized I had people so close to me who didn’t understand, or know, what I was going through because I wasn’t telling them. I want to be open and honest with my Crohn’s and how it has shaped me into the resilient, independent woman I am today. I never knew how strong I was until I went through those dark times in college and not telling people about it is not opening their eyes to these diseases. Not only am I a wife, daughter, friend, and scientist, I am an IBD warrior and I am proud to be. Hopefully we can continue to share how resilient we are so that people with these conditions have hope during their lows that launch them into so many positive highs!

Sharing is so important! Feel free to reach out to me or follow me to hear more. I love sharing and talking with others so I cannot wait to hear from all of you! 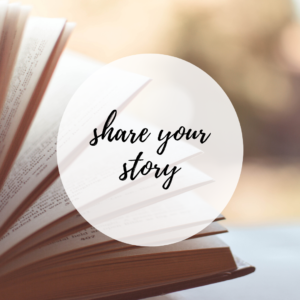 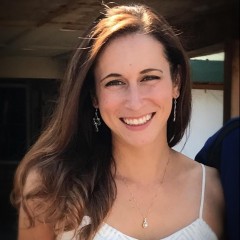 About Kelsey Roberts | Hi, I'm Kelsey! I am a wife, proud dog mom, and chemist living with Crohn's Disease since 2011. I am passionate about research, learning how to heal IBD, encouraging others to be their own advocate, and sharing insight, tips, and tricks to survive and thrive with IBD on my blog.